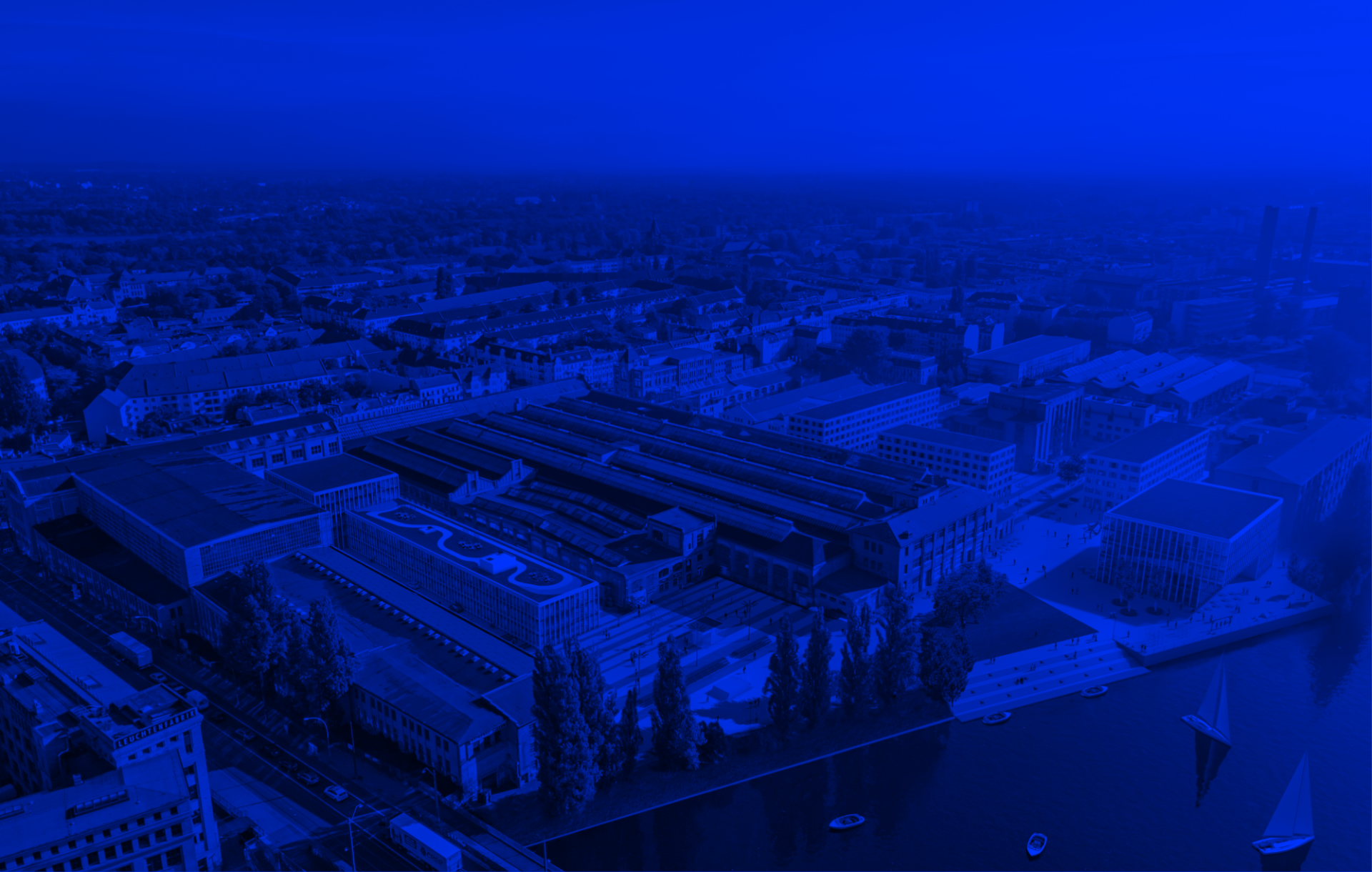 The site of the former Transformer Factory is to be professionally refurbished, built anew in part, and developed to become an open urban district in Oberschöneweide. Find all about the history of the site, the current situation, and the plans for the future, not to mention taking advantage of the opportunity for dialogue.

Berlin has become a byword for diversity, creativity, and quality of life. Basecamp is developing open urban districts here and in other European cities for future-oriented working, accommodations, student housing, green neighbourhood living, and art and culture.

Basecamp is an experienced operator and developer of campus facilities for young, urban working and living. Founded in 2015, the multinational company currently employees around one hundred people in its offices in Germany, Denmark, England, and Poland.

In 2019, Basecamp purchased the site of the former AEG Transformer Factory with its Rathenau Halls. The Berlin office also made more hires especially for this project, located at Wilhelminenhofstr. 83–85. The company is now planning a redesign of the site, in line with regulations for the preservation of historic buildings, as an open district in Oberschöneweide that is ready to meet the future.

according to
recognised environmental and social standards

The history of the site 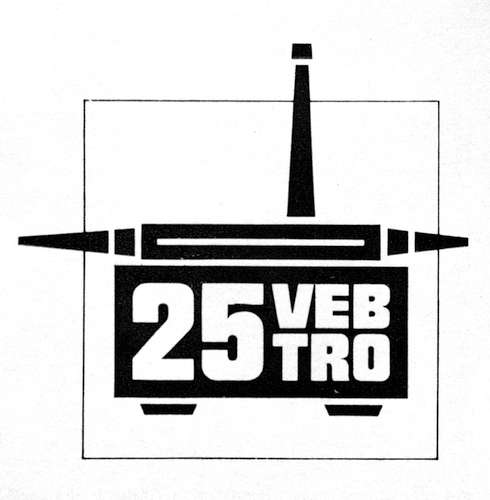 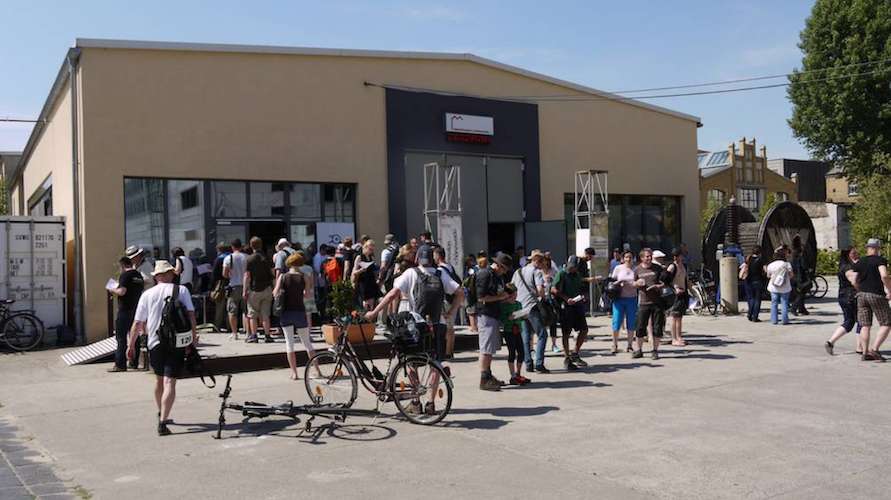 Visitors in front of the Industry Salon Museum 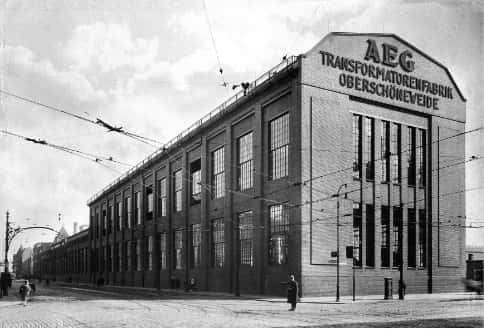 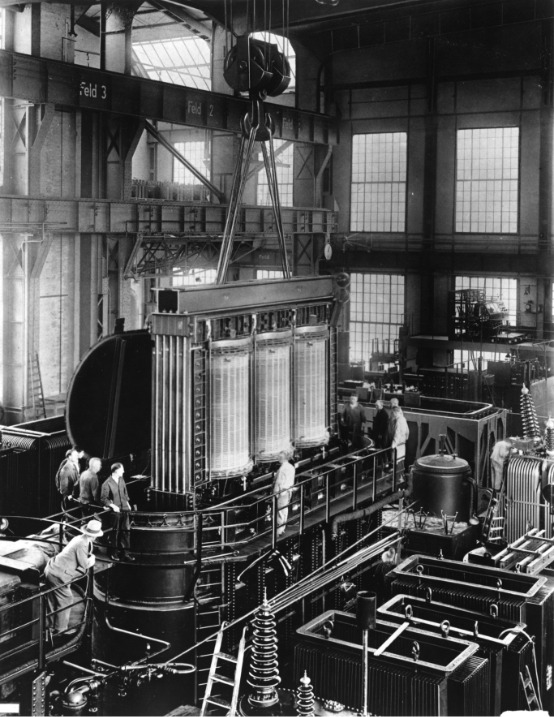 The manufacturing of a large transformer in the New Assembly Hall, end of the 1920s 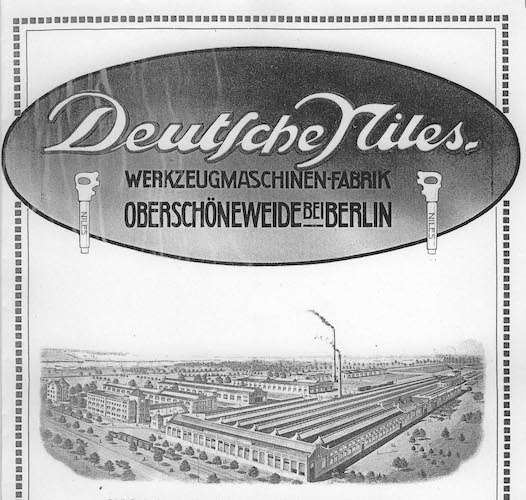 Advertising from the year 1906 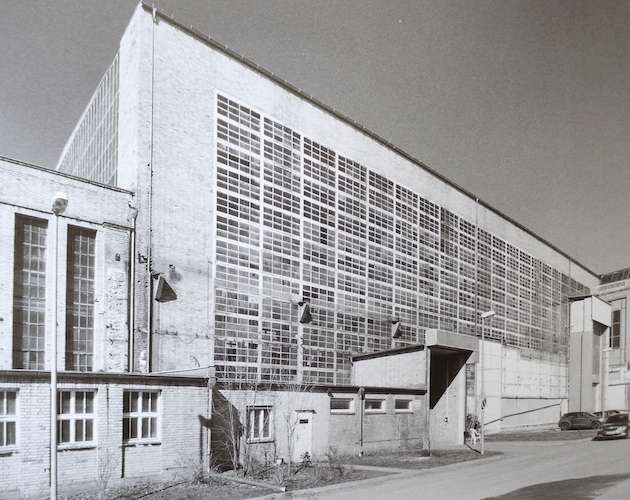 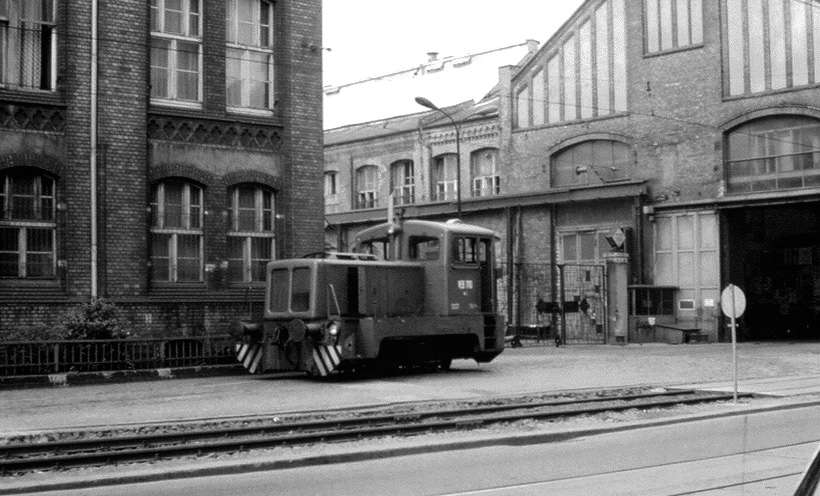 Freight engine in front of TRO, photo from 1986 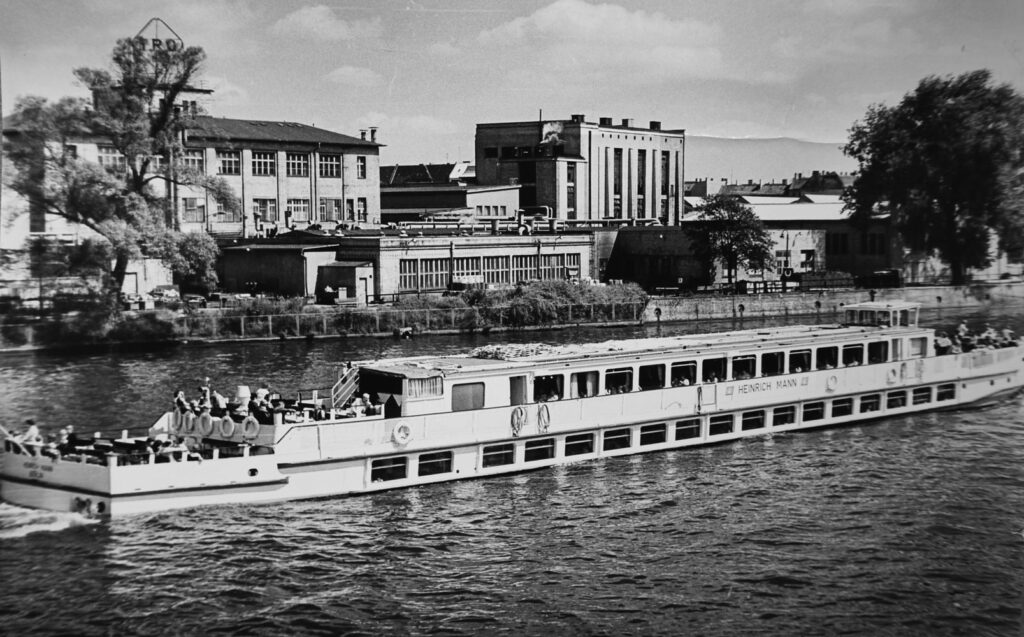 The TRO in the DDR, Brigade Assembly

The factory is sold to AEG, start-up of the Transformer Works

Construction of the Large Transformer Hall

Closure due to declining orders

Sold to an investor, creation of the Rathenau Cultural and Technology Centre

Sale of individual parts of the premises to investors

The future of the site

By opening up to Wilhelminenhofstr., the site will now have even more open access to the Spree River and will thus become a new meeting place in this urbane district. The Marketplace will become a centre of attraction as a central spot in the local neighbourhood. The transformation of the site will create a place for modern working. Cultural spaces and locations for restaurants and bars remain unchanged. A park-like path along the Spree River connects the Rathenau Halls with the Reinbeck Halls and HTW University Berlin, forming a contiguous district that invites people to while the day away.

A south-facing site on the banks of the Spree River, Basecamp is developing an urban district on this historically listed site with a focus on modern office, start-up, and light-production spaces. The area will further be complemented with a residential and lodgings campus as well as commercial spaces for provisions and amenities, gastronomy, and cultural and leisure-time activities.

The future office and commercial spaces for Basecamp will be located in the new and existing buildings of this historic industrial site and will be complemented by spaces for local amenities and gastronomy offerings. The young and urbane concept for the Basecamp Campus is structured around the historic Power Plant as the central location and, along with the residential and lodging units, will offer numerous public communal spaces for a lively flair.

Basecamp will develop an urban district that focuses on networking science, research, and commerce. The conversion of the historic halls and the planned new buildings will create possibilities for future companies, start-ups and even established firms in the fields to locate here and to network with students, young professionals, and employees of the onsite companies.

This industrial site, which started being built back in 1898, was established as an ensemble clad in brick that characterised the local cityscape and is a stellar example for the architectural language of the industrial sector during this era. The historic façades as well as the interior of the manufacturing halls will be carefully renovated by TCHOBAN VOSS Architects in consultation with the authorities responsible for historic preservation without impairing the exterior look of the buildings.

The property will be upgraded with room-in-room solutions to make the former large production halls more usable for today’s working world. Along with this, a new access street and a passage will be created to more directly connect Wilhelminenhofstr. with the Spree River and the Marketplace with the adjacent riverside path, thus creating further local recreational opportunities.

„For me, what’s essential about the new proposal for the Rathenau Halls project is to let the existing building ensemble keep its own temporal layers and structural contrasts, and to use the new buildings to underscore the visual axes and strengths of the existing ensemble. What’s most important in all of this is to preserve the liveliness of the spaces, entirely with respect to the diversity of people who will be using these spaces in the future.“

Berolina Haus on Alexanderplatz, Berlin
Restoration of the building according to the regulations of historic preservation, restructuring, reworking of parts of the supporting structure and fire-protection overhaul, tenant fit-out, completion: 2007

Museum for Architectural Drawing on Pfefferberg Berlin
New construction of a museum for the Tchoban Foundation, completion: 2013

Osthafen (The nhow music and lifestyle hotel, Coca Cola HQ, The White)
New construction of a hotel, an office building, and a residential building and the associated underground car parks, completion: 2010–2016